Inside one of the world's biggest airline food factories

Inside one of the world's biggest airline food factories

Love them or loathe them, airline meals turn 97 years old this year.That's an awful lot of chicken or fish.The first was served back in 1919 on a Handley Page flight from London to Paris where, sensibly, they chose to serve only sandwiches and fruit.Almost a century later the scale of airline meals is staggering, nowhere more so than at the Emirates Catering facility in Dubai. The airline, one of the world's largest, prepares up to 180,000 meals every day for more than 400 daily flights to 142 destinations.Some 65% of all the airline's meals are made in Dubai. The rest come from its catering stations around the globe, with 24 in the Asia Pacific region alone.

Joost Heymeijer, senior vice president of Emirates Catering, is the man ultimately responsible for 55 million meals a year. A 25-year veteran of the hotel and hospitality industry, he says he's always been mesmerized by the sounds and smells of a restaurant.He now finds himself running a catering operation at an extraordinary scale -- and appreciates the importance of his position. "I'm very grateful to 'Masterchef' and Culinary Journeys: food is hot, everyone wants to cook," he says. "Everyone has an opinion and food is emotional. It's where you come from and go to -- and also reminds you of where you've been." At Emirates, that means a global spread of destinations with a global spread of dishes. "For example, for South Asia alone we fly to eight cities in India, each with different flavor profiles and dishes, before you look at Pakistan, Bangladesh, Sri Lanka and elsewhere." 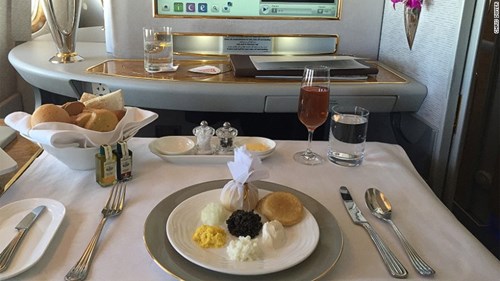 Just one of the 55 meals Emirates Flight Catering produces each year. Heymeijer likes to dispel myths that have built up around airline food. One common complaint is that the menus don't change and fliers invariably end up getting a dish they've had before. "We change our menus every month, so annually there are 7,000 different menu items," he says. "We have 254 different soups in first class alone." Clearly with such a huge volume of meals comes an enormous responsibility for food safety.

"We have absolute traceability," he says. "We know everything on every dish on every flight. "We cook like any other restaurant, just on a very big scale. "We don't take any risks and there are no powdered eggs or mash potatoes. Whole salmons arrive at the loading dock."

A tour of the $159 million Emirates Flight Catering facility proves his point -- something experienced only after stringent security standards have been enforced. Weeks in advance, questionnaires are filled in, then passports are surrendered at reception before airport-style security checks. Hairnet and coat in place, one final security check, then it's through the doors. There are no prizes for guessing that it's a 24-hour operation, but it's the scale that's truly mind-bending.

Three million items of dirty equipment are sorted and cleaned -- each day.

As soon as the trollies are received from the aircraft they're segregated between food, beverages and Duty Free and the equipment is washed in a series of specially designed machines managed by 500 workers. The 7,500 carts a day are transported on a 2.5-kilometer overhead monorail, constantly whirring above the hundreds of workers, mainly from South Asia.

5.4 tons of chicken and lamb

An average of 1.7 million kilograms of aluminum cans, waste paper/cardboard, glass bottles, aluminum foil and plastic is collected annually. It's in the kitchens that the scale is arguably the most impressive. Five-hundred chefs cook the huge array of fresh food before it's frozen in super-fast blast freezers; 58 million bread rolls; 15 million croissants; 13 million eggs; 4,300 tons of chicken; 1,100 tons of lamb; 3.6 tons of lobster. The shelf life from cooking to eating is just 72 hours, according to Heymeijer.

Want a roll with all that cheese? The facility bakes 58 million annually.

Safety regulations prohibit the use of open-flame grills in commercial aircraft, meaning cabin crew warm the pre-cooked frozen meals. All those snacks and sandwiches in flight and in lounges are also prepared at the facility. On one side of the facility, an enormous mound of egg mayonnaise is spread into rolls. Two staff work together, one piping cream cheese onto mini-bagels, before the other adds slices of smoked salmon. To ensure the food is plated like a restaurant, a sample "gold standard" dish is duplicated by the workers.

Does air pressure make a difference?

Presentation is one thing, but what about the all-important question of taste? In a metal cigar at 35,000 feet, it's been said that the pressurized environment decreases humidity and in turn affects the senses, meaning food and drink tastes dull. Heymeijer disagrees. "The technology and investments made -- for example on the A380 or new 777 -- mean that the conditions on board today are the same as if you were in Verbier in the Swiss Alps -- about 2,500 meters. "If you were in Verbier, you'd never ask the chef or sommelier to get you food or wine that responds really well at altitude! "Even today with conditions on board, certain subtleties that you would be able to taste on the ground, you won't be able to taste in the air. But you can mitigate that by cooking with bold flavors. "But we don't change the food or wine based on -- as we see it, a myth -- of being at 40,000 feet."

Spot checks are part of maintaining standards. "My quality team and I travel and do tastings every single day," says Heymeijer. "We do unannounced visits -- they don't know what we're going to have, or where." A similar but arguably more enjoyable tasting role comes as Heymeijer, an accomplished wine expert, also helps to curate Emirates' diverse wine list. The airline announced last year that it was investing an eye-watering $500 million over 10 years to procure wines en primeur and cellar them.

"The people that can afford to fly business and first are the people that go to two- and three-star Michelin restaurants," says Heymeijer. "The volumes we buy means we can afford to buy really good wines and share them with our passengers." On a daily basis Emirates flies 60 different wines around its network and 120 annually, many of which are route-specific. "We fly Portuguese wines into Portugal, the same for South Africa, South America -- often in small batches because we want to surprise our passengers."

As to the issue of quality control, Heymijier admits, "We taste prodigiously. Every three weeks I taste with a tasting panel, wines from all over the world. "Then every two to three months is a more official tasting which involves (Emirates president) Tim Clark, where we look ahead to the new wines coming on board in first, business and economy." The critical final question, one on the lips of airline passengers the world over, is what happens when only half a glass is drunk from a top bottle of, say, a 2002 Sauternes or 2003 Dom Perignon Rose? Is it poured away? "It depends on the turnaround time. The quality of the product is enormously important but we do everything possible not to toss wines. "Sometimes it'll have to happen that we make the unfortunate call that it's better to chuck it than not store it correctly, but in general with shorter turnaround times, we provide everything on board to maintain the wines in top condition."

Here's how much food the facility goes through each year 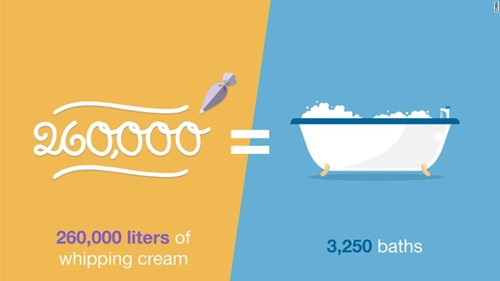 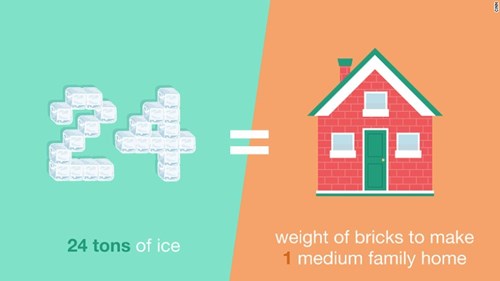 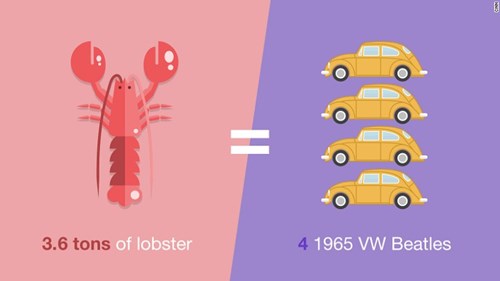 Chris Dwyer is a Hong Kong-based communications consultant and food writer. His restaurant reviews, chef interviews and more can be found here. 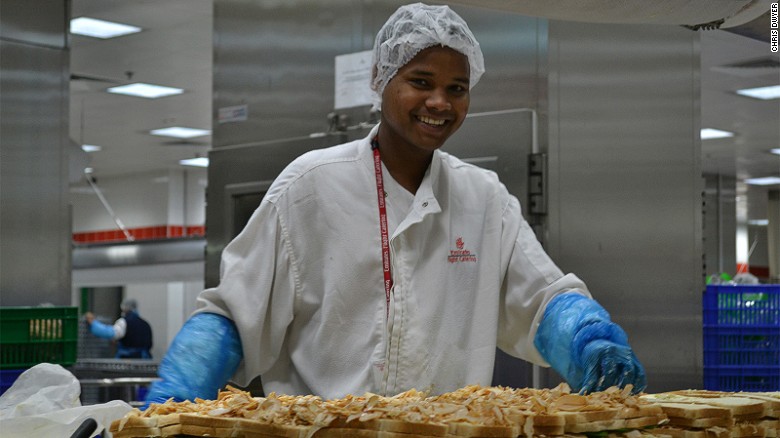